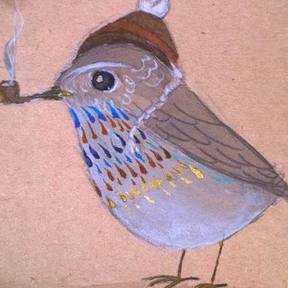 Seeking a new opportunity to work with talented, creative and a highly skilled team to make great games!

2018-2019
CTR- Crash Team Racing - Had the pleasure to work remotely with the Beenox team in Canada. To aid them. Made two tracks for CTR. This time in 3DS Max, and forward rendering internal engine, model, shading, texture and block in for lighting.

2018
Spyro Trilogy - Working in Unreal, creation of levels beginning to end, block in lighting for levels with lightmaps deferred rendering. Collaborating and fixing outsource levels at time recreating large sections to bring up to the same quality bar and bug fixing, and optimization for various levels during the last leg of development.
Proud to please the fans of Spyro. Levels I've created were used as key are for marketing.

2017
Unannounced project – in charge of leading and aiding building an art pipeline, usage of PBR render, substance and Unreal 4, zbrush, modular set creation as well as designing the environment look for approvals, working directly with Art director and manager.

2010-2011
Sesame Street - Once Upon a Monster
-Responsible for set dressing, modeling sets, in charge of Zbrush assets.
-Creating Stylized 3D Environments and Characters for an interactive storybook.
-The 3D sculpts blended with the 2D drawings to make them come alive. It was very important to deliver models that looked and felt exactly like the hand drawn characters and environments.

2010
Costume Quest
-In a team of only me and another Set Dresser / Environment Modeler. Had full control of asset creation, from mockup, gameplay, modeling, at times texturing, rigging, animating, to hooking it up in script. Worked on majority of the lighting for the game including some climate work in cooperation with our FX artist.

2005-2009
Brutal Legend
-World building role, responsible for asset creation of an open world environment, Set Dressing, Modeling Environments as well as placement and composition.
- Other tasks include, Pre Vis, rigging, minor animation, mesh destruction, foliage, creating outdoor terrain in an continuous world, minor concept art.
-Work closely with programmers to improve the art pipeline process for the creation of art tools and procedural art creation to automate the art pipeline, documenting the process to serve as a guideline for other artists
- Frequently worked with Lead Production Designer to set up gameplay, flow, storytelling, bridging the gap between the game design and art direction. 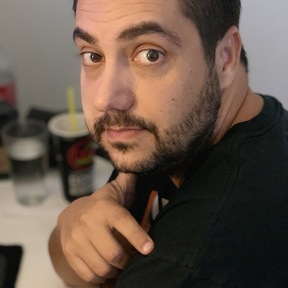 Kjeld is an incredibly kind and thoughtful mentor. He gave great advice on how to improve my portfolio and helped me get started on a new project. Kjeld went far beyond what I expected and gave in depth feedback and tips for every question I had. I would highly recommend Kjeld!

It was great to have him as my mentor. He is nice and friendly, and very enthusiastic about giving helpful feedback to improve my work.

Kjeld was very kind in his extensive critique of my portfolio. Additionally, he gave me a great foundation to work on for my next project and gave me some directions for my future growth. I'd recommend Kjeld to anyone!